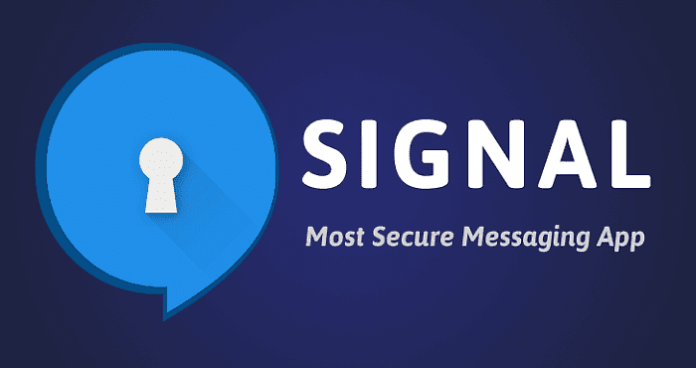 WhatsApp has been in the discussion about its new privacy policy from the past few days. And during this time, its rival app Signal came into picture after Elon Musk’s tweet to use Signal App. After that Signal became very popular among the users as soon as it came in the discussion, and its popularity can be gauged from the fact that its download number has exceeded 50 lakhs. Users using the Signal app must have experienced that most of the features in this app are similar to WhatsApp, which gives you a feel exactly like WhatsApp. In other words, it is the clone App of WhatsApp.

So here we are giving you information about 10 amazing features that is available in Signal which are exactly similar to WhatsApp.

1. Lock feature: Like WhatsApp lock, users will also get the app lock feature to keep chat private in Signal App, where users can lock the app with the help of PIN, passcode and biometric authentication.

3. Calling feature: Like WhatsApp, you will get calling feature in Signal app too. However, this feature is currently available in the beta version but will soon be fully rolled out for Android and iOS users.

4. Dark Mode: In Signal, users will get dark mode support similar to WhatsApp. Users can use this feature comfortably in both dark and light modes.

6. Desktop Support: Like WhatsApp web feature, you can use the Signal app to connect to desktop or PC. For using this feature, you will get the option of QR scan in it, just like WhatsApp.

7. Media Sharing: Users can also share their photos and documents to each other using the media sharing feature in the Signal app just like WhatsApp where you can share any documents or media with anyone.

8. Archive Chat: In the Signal app, users can access their chats and messages by removing it from the main screen just like WhatsApp. After Archiving, your chat will not be visible on the main chat screen but will be available in archive section.

9. Forward message: In WhatsApp, message forwarding feature is provided using which you can forward any message to anyone, in the same way messages can also be forwarded in the signal app.

10. Audio Message: Many times, in WhatsApp, users also send messages through their audio. In the similar manner, audio messages can also be sent to anyone using Audio feature in Signal app.

What is Telegram | How It is Different From Other Messaging Apps?

WhatsApp vs Signal vs Telegram | Which Is Better and Secure Messaging App?

How To Use WhatsApp Web Login in Computers

FAU-G Game To Be Launched On Republic Day | How To...