Tech company Acer has launched its new and luxurious laptop Acer Chromebook Spin 514 in the US. This laptop has a Ryzen 3000 C-series processor. Apart from this, the laptop will get an HD screen, in which Corning Gorilla Glass has been installed for security.

The laptop is military-certified and features a 14-inch full HD Corning Gorilla Glass touch display with narrow bezels. The Acer Chromebook Spin 514 is said to be the company’s first laptop to use the latest generation of AMD Ryzen mobile processors.

Let’s know about the price and detailed feature of Chromebook Spin 514 Laptop . 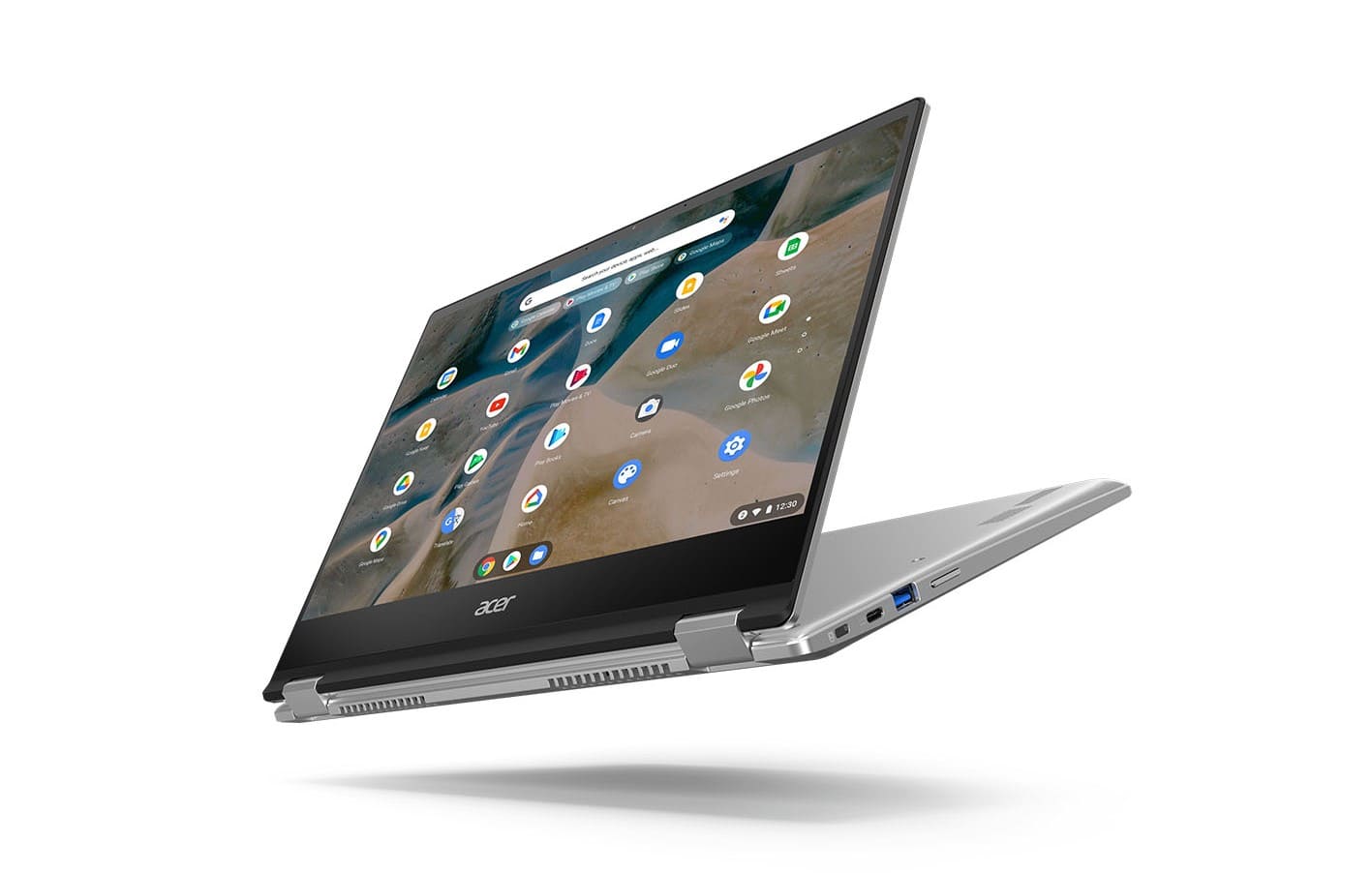 At the same time, its enterprise version is priced at $ 749 (about Rs 55,000). At present, no information has been received about the launch of this laptop in other countries including India.

The Acer Chromebook Spin has a 14-inch Full HD IPS touchscreen display with Corning Gorilla Glass protection. It has slim 6.1 mm side bezels and a screen-to-body ratio of 78 percent. It has a backlit keyboard and a MIL-STD 810H compliant. The 2-in-1 laptop case is made of anodized, sandblasted Aluminium and features a stylish diamond pattern on the top cover and touchpad.

According to Acer, the laptop is designed to withstand drops up to a height of 122 cm and a downward force of up to 60 kg.

Apart from this, dual speakers, HD webcam, microphone and Google Assistant have been provided in the Chromebook Spin 514 laptop.

The Chromebook Spin 514 ports include two USB Type-C (USB 3.2 Gen 1 (up to 5 Gbps) ports that support both USB Type-C and Display Port over USB charging. There is also a micro SD card reader and HDMI port for connectivity.

Acer Chromebook Enterprise Spin 514 comes with advanced software and security. This version has 16GB of RAM and 256GB of SSD storage.

At the same time, this version provides security, enterprise capabilities and cost savings, allowing businesses to be handled easily.

For example, there is a zero-touch registration facility that IT departments can take advantage of, which essentially allows the laptop to automatically enter company administration at the end of the day when the user is connected to the Internet.

Both laptops provide access to the Google Play Store, as is the case with all Chrome OS laptops.