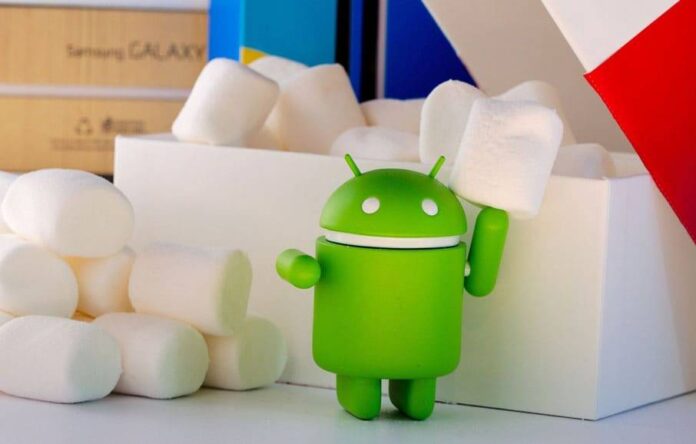 After Android 11, it is now set to launch Android 12 operating system and Android 12 OS Developer Preview was released on February 19, 2021.

Regarding Android 11 OS updates in India, many smartphone companies haven’t been ready to decide which smartphones to place Android 11 updates, but within the meantime Android 12 is considered to be the newest and most powerful of this OS of Google. The preparation for OS launch is fully swing and it’s believed that it’ll have many such special features, which are vital for the users and according to the demand of the time.

Today we are going to give complete information about the Android 12 OS launch, updates and supporting devices, which you’ll definitely want to understand.

Android 12 was on the waiting list from a long time, but the wait is finally over after the announcement of its launch. Till now its official date has not been announced yet, but it is believed that it can be launched soon. However, Android 12 developer preview has come and it’s not for everyday users, because it’s problems with bugs and battery.

Android 12 Beta Preview Version will be available soon and Android 12 will be released in the next few months at the Google I / O Developer Conference, after which many mobile companies will launch their flagship and premium smartphones in Android 12 OS

The developer preview means that app developers test it before fully releasing it into the open market. This is the reason why Google has generally made it harder to download Android 12 Developer Preview. The beta for Android 12 is about to launch by the top of the year 2021, which can be more special for users

However, if you don’t have any issues with bugs and problems then you can install Android 12 preview version. And if you want to go back to your previous version then you can do it by factory resetting your smartphone.

But Google has given warning to the users who are going to install Android 12 beta version on their devices because there is no guarantee that it will be fit for daily use in the phone or not.

Users should download the system image using Android flash tool or side load an OTA using ADB commands. Google has shared files and directions on its Android 12 site, which can help users to manually download the preview.

What is Special About Android 12?

It is believed that Android 12 is going to have many special and new features which lacks in Android 11.

According to the leaked report, it’ll have a special gaming mode, which can be equipped with Google’s own API gaming technology and during this, users can easily control the notification, brightness and sound while playing the sport.

In Android 12, users will be able to increase or decrease the brightness through the Brightness Reduce Quick Settings. Many new things are going to be added to the auto rotation setting, during which the screen of the phone will automatically change to horizontal or vertical mode because the user’s body posture changes. It can also show many new privacy features.

Devices Which Will Support Android 12:

If you want to use Android 12 at the moment, then you can use PC, macOS or Linux. The Google Developers page states that users can install Android SDK tools and USB drivers as an option if they’re using Windows.

After this, OnePlus company will certainly want to ascertain this cool OS in its OnePlus 7, OnePlus 8 and OnePlus 9 series smartphones.

Xiaomi would really like to update its Mi 10 series, Mi 11 series also as Redmi K40 series and Redmi K30 series smartphones with Android 12.

Other companies including Samsung, Nokia, Realme, Poco would also wish to see Google’s upcoming OS in their cool smartphones.

Steps To Install Android 12 on Your Device:

1. First click on Tools to go to SDK Manager in Android Studio.

4. Now Proceed to install the package.

5. By using the SDK Manager, users can keep the driver up to date. This indicates whenever your current driver gets old.

6. Now Download the developer preview OTA image for your device.

7. Connect your phone to your computer.

8. After that Reboot your device into recovery mode (via ADB / USB debugging or key combination) and enter in sideloading mode by pressing “Power + Volume” at the same time. This opens the Recovery menu.

9. Scroll down by using the volume key, apply update from ADB and tap on the power button and select it. Then Check and confirm that it works after entering ‘ADB device’ in the shell or command prompt.

11. Then flash the OTA via shell or command prompt. Use ‘adb sideload your_file_name_here.zip’ with none quotes where the file name is that the name of the OTA image previously downloaded by the user. The user will got to preview with “./” adb commands to figure correctly on some platforms. Reboot upon completion.

Google has also provided DP1 with Android Flash Tool. This has made the method very clean and straightforward and no tool are going to be installed in it. Users have to use this link. Users have to connect the device via USB cable. After that choose the software which is to be installed and install the software in your device or follow the instruction by clicking on the link.

How to Find Stolen or Lost Android phone Quickly?

How To Identify Fake Products While Shopping Online