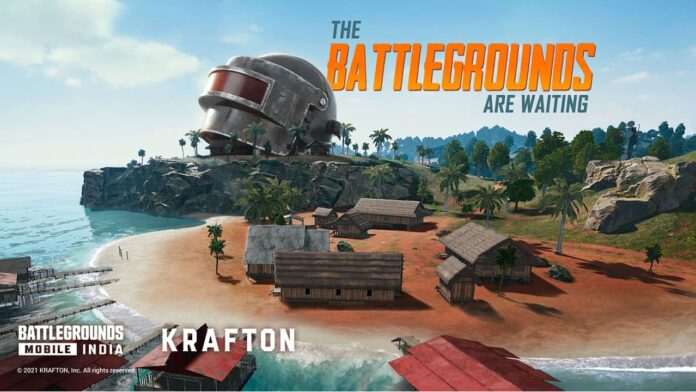 Battlegrounds Mobile India Launch Date Leaked| BIG update for PUBG Mobile India Fans: After the ban on PUBG mobile by the government of India last year, the Indian gaming market was full of suspense regarding its official launch in India. And now the clouds of suspense related to its launch is going away. This is because recently Krafton, the South Korean game developer, released the game teaser and also its Pre-Registration is started in Google play store.

But the comeback of PUBG mobile in India is totally in a new look. Its name has been changed from “Players Unknown Battleground” to “Battlegrounds Mobile India”.

So lets know in detail when Battlegrounds Mobile India will be released in India and how to download the game officially.

PUBG mobile is coming back to India in the name of ” Battlegrounds Mobile India”. Also its Pre-Registration has been started for the Android user in Google play store only from 18th of May, 2021. The company claimed that on the opening day of pre-registration, about 7.6 million people had registered and in just two weeks, the number of user pre registration crossed 20 million.

You can pre register the game before its launch in Google play store, so that when it will released, the game will be automatically downloaded in your device.

How To Pre-Register on Google Play?

Follow the below mentioned steps to pre register on Google play store.

If you can’t find the game on the google play store, then click on the below link.

Now you have successfully pre-registered for Battlegrounds PUBG mobile India. All those who have pre registered the game, will be rewarded with in-game outfits and skins, once the game is launched in India.

Note that this game comes with an age restriction & is only available for the 16+ age group people. So if you are below 18 years old, then you have to provide your guardian or parent’s mobile number in order to verify your account.

Apart from this, KRAFTON, the South Korean video game developer, thanked the Indian gaming community for the explosive response to the BATTLEGROUNDS MOBILE INDIA since opening up pre-registrations in India.

Before some days, Krafton published a post in its Official Facebook page of Battlegrounds Mobile India that shows a gift wrapped Pan place on a table along with a map, and the map loosely hints that its going to be launched on June 18.

Also a large part of gaming content creators and influencers indicated that Battlegrounds Mobile India will be launched on June 18.

The post that the company shared doesn’t mentioned any particular date, but some content creator have decoded the information from the poster map XY axis. According to the map, on one axis, numbers written are 5, 4, 3, while on the other axis, the numbers written are 3, 2, and 1. So if you add all these numbers (5+4+3+3+2+1=18), you will get the number 18. Also there is a number “06” written on the map, so it may be the month of June. So ultimately June 18 is the answer we get when we decoded the teaser poster.

Also there is another possibility that game may be launched on June 18 is that the first pre registration for Battlegrounds Mobile India started was on 18 May, and June 18 is exactly one month from that date.

Also Read: Is It Illegal To Play PUBG Mobile Korean Version in India?

Few days back, when Krafton was planning to launch Battlegrounds Mobile India, then Arunachal Pradesh MLA Ninong Ering has written a letter to Prime Minister Narendra Modi demanding ban on this new version of PUBG Mobile. They allege that, Krafton, developer of the game is launching the game by bypassing Indian law. They said this is a trick to launch PUBG again only by renaming the game and making few changes. If the game comes to Indian market, then data of millions of users will be under risk.

Let us inform you that last year in September 2020, the Government of India banned PUBG Mobile along with 119 Chinese Apps because of incorrect management of user data and selling of user’s data to third party company under Section 69A of the Information Technology Act.

So as a response to this ban, the company said that it will develop a new game in the form of “PUBG Mobile India” which will fill up the loopholes and address the privacy concern to better suit the country’s values.

There is not much detailed information about the changes that we are going to see in Indian Version of PUBG Mobile. But Krafton has told that the famous Erangel Map and UAZ vehicle of PUBG Mobile will be available in this game.

Also the company told that the blood splatter will be shown in green color instead of red in the game while fighting.

Till now this game haven’t launched yet but its is expected to launch in the month of June, approximately around June 18.

Battlegrounds Mobile India is touted as the PUBG Mobile alternative for Indian gamers. It is still the same battle royale game but with some customizations made specially for Indian players.

Is PUBG mobile available in India?

PUBG mobile is banned in India but it is still available for downloading as APK file. But for now PUBG’s is remodified as Battlegrounds Mobile India which is available for pre-registration on Google Play Store.

After the official launch of Battlegrounds Mobile India, it will be available for all the platforms including iOS but for now, pre registration is going only on Google play Store for Android users.

Is Krafton and Tencent same?

Krafton is a South-Korean game developer company that developed Battlegrounds Mobile India which is completely different from Tencent, the Chinese conglomerate that made the original PUBG Mobile game.