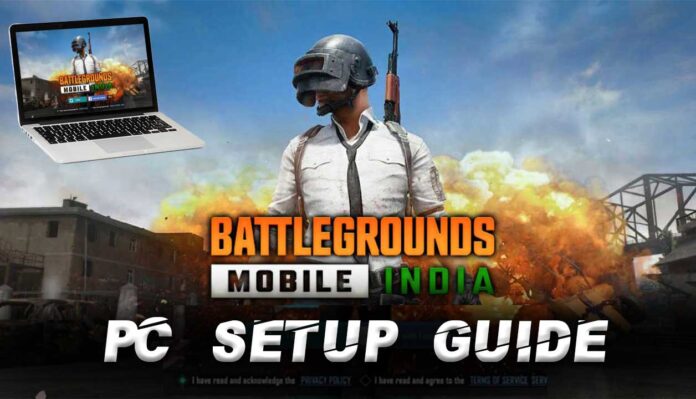 Indian gamers who have Android Devices have already got a taste of BGMI through its Beta version that was launched on 17th June, 2021. Till now Krafton has not revealed any information regarding its launch for the iOS or Mac platform but in the coming time, this game will also be available for iOS platforms as well.

But what about PC and Emulator gamers? When will the official PC version of Battlegrounds Mobile India launch? Well, don’t worry, there is a good news for PC gamers.

Now Battlegrounds Mobile India is live and you can play this game not only on your Smartphone but also on your computers and laptops as well. There is a way through which you can play BGMI on your Windows and Mac PCs.

So, in this article, I’m going to explain how you can download and play Battlegrounds Mobile India on Windows laptop and PC easily by following simple steps.

In order to play Battlegrounds Mobile India in your Windows PC, there are certain basic requirements that need to be met for smooth running of this game.

As there is no official PC version of Battlegrounds Mobile India is launched yet, so you need to use an Android Emulator to play this game. These Android Emulator will help your PC to run Smartphone Apps smoothly just like you do on your Android devices. You can also use these Emulators on your Mac computers and laptops.

Before using any of these Android Emulators, first of all ensure that the required Emulator runs on Android 5.1.1 version or above.

Also you need at least 2 GB of RAM installed on your system to run Battlegrounds Mobile India lag free.

Here is some of the most widely used Android emulator that you can use to play Battlegrounds Mobile India:

1. Bluestacks is the most popular Android Emulator available in the market. It is compatible with both Windows and Mac operating system laptops and computers. Bluestacks runs Android 7.1 Nougat version and other Android apps including Battlegrounds Mobile India.

2. LD Player is also one of the best gaming Android emulators for PC that is available right now in the market. It runs on Android 7.1 Nougat OS and supports lots of Android applications including Battlegrounds Mobile India. LD player is compatible with Windows as well as Mac platforms.

3. NoxPlayer is also one of the popular Android emulators. It is also compatible with both Windows and Mac operating system laptops and PCs. It runs on Android 7.1 Nougat OS and supports many other Android applications including BGMI.

Step 1: Download any one Android Emulators (LD Player, Bluestacks, and Nox Player) from the official websites.

Step 2: Now install the emulator on you system.

Step 3: After installing, launch the emulator and search for Google Play Store.

Step 4: Then Log in to the Google play store using your Google ID/Gmail.

How to Play BGMI on PC with No Emulator?

As of now, there is no way to play BGMI on any PC or laptops without using an Android emulator. However, Computer users can still play the original PUBG PC on their systems without emulator, as the PC version of PUBG was not banned in the country.

PUBG Mobile was banned by the Government of India in September 2020 over security concerns related to user’s data privacy under Section 69A of the Information Technology Act. The game was banned along with hundreds of other Chinese apps, but the list didn’t include the PC version of PUBG.

How To Be Safe On Internet | Protect Yourself From Online...