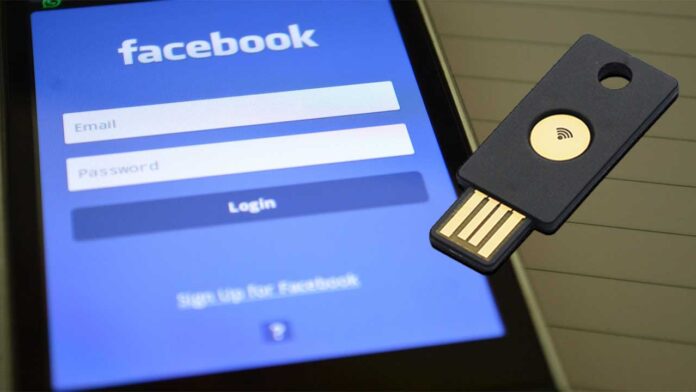 Facebook Physical Security Key Launched: Tech giant company Facebook has been using two-step verification and real-time data monitoring from a long time to avoid the threats of hackers and scammers, but from 2021 it will also use ‘physical safety key’ for safer login. The company believes that this will make data security much better and Facebook accounts will be much more secure.

Facebook says that in view of the increasing cases of hacking and unauthorized breach, this step will prove to be very effective and it will be able to better protect the user’s data. The head of Facebook’s security policy, Nathaniel Gleiker, said that users have to buy this ‘physical security key‘ in order to protect their account and make them more secure.

How To Use Security Key

In an official statement issued by Facebook, it has been mentioned that now users will be able to buy these ‘Physical Security Keys’ from various offline retailers and online market place. For this, first they have to register the ‘Key’ with their Facebook Account, only then ‘Key’ can be used.

Facebook has said that hackers target information related to social media handles of important people and public figures. Even if you are not a celebrity, your data is always at risk. Keeping this in mind, ‘Physical Safety Key’ will be made available for everyone worldwide.

Facebook has been using two-step verification and real-time monitoring to avoid the threats of hackers, but from 2021 it will also use ‘physical safety key’. The company believes that if the user uses the physical security key, the hacker will not be able to infiltrate into their account even if he cracks the password.

Till now Facebook has been providing such protection to high-profile accounts like American leaders, government agencies, Celebrities. But from next year, common users of the world will also be able to use ‘Physical Safety Key’ for identity verification before login.

The company says that the ‘Physical Security Key’ will be like a pen drive or USB drive, which has to be inserted into the USB port of your device. Let me inform you that Google first launched its ‘USB Security Key‘ back in 2014 for keeping the google accounts super secure. But now Facebook is also moving on the same path as of google. However, the company has not yet disclosed the actual price of ‘physical security key’, but it is believed that Facebook will soon announce in this regard.

So what’s your opinion about this physical security key? Will it be able to protect your account from hackers? Share your thoughts in the comment section.

How To Protect Your Social Media Accounts From Hackers?

Want To Protect Your Mobile From Hackers, Then Follow These Tips

Do You Use UPI For Payments? Beware, Your Money Can Be Stolen!