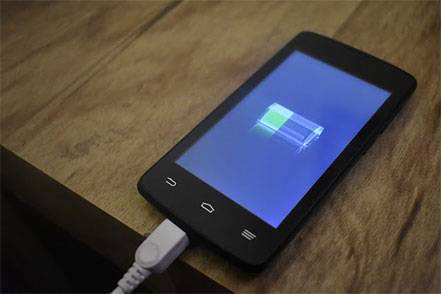 Increase Smartphone Battery Backup Time Using These Tips: It is not necessary to have a large mAh of battery in the phone. Use these methods to give your smartphone a long battery backup life. Now a days smartphone manufacturers are offering large batteries of up to 7000mAh in their smartphones.

However, a battery with more mAh may not guarantee long battery backup time. Actually, the battery life of your phone depends on how you use your smartphone.

Today we are going to give you some tips to Increase Your Smartphone’s Battery time without changing the smartphone.

Also, it will help improve the performance of the smartphone.

1. Turn OFF Location and Bluetooth

The GPS feature consumes the most of the smartphone’s battery. Most of the times people forget to turn OFF their phone’s GPS or Bluetooth, which is a big reason for the quick drain of the phone’s battery. Therefore, the users should turn off the GPS immediately after its use.

It is often seen that users turn on Bluetooth to connect earbuds, speakers and wireless headphones or transfer files, which remains on even after use, which drains the phone’s battery quickly.

In such a situation, don’t forget to turn OFF your device’s Bluetooth after work because Bluetooth consumes the most battery after GPS.

Also Read: Forgot Your Mobile Password or Pattern? Use These Tricks To Unlock

In the phone, the option to increase the brightness of the display is given, so that the eyes do not get too stressed during the day or night. But most of us keep their phone’s brightness nearly about 70 to 80%.

Always running a smartphone in high brightness is harmful for the eyes. Also, keeping brightness high consumes phone’s battery very fast because to give more brightness, battery delivers more power to CPU thus draining fast. Phone battery can be saved by reducing the brightness level or setting the auto brightness feature ON.

Most of the time after opening one app, we open the second app, the third app and so on. But do you know that these first and second apps keep running in the background even if we don’t need them, which causes your smartphone’s battery to drain soon.

To avoid this, you should periodically close the background apps which you are not using for a while. This will help you to use your smartphone bit longer because of increased battery backup time.

Due to the Always-On display feature provided in smartphones, users do not have to open their screen repeatedly with the power button. This feature helps to keep your phone’s display awake and don’t allow it to sleep. But due to Always On Display, the battery of the smartphone runs out quickly.

In such a situation, the Always On display feature should be used very less to save your smartphone’s battery from draining soon. To turn it off, you should go to the Settings option of the phone and turn off the Always on display feature.

Also Read: Do Not Make These Mistakes While Charging Your Smartphone!

Live walls are very good looking due to moving themes and objects. But due to its application, the battery of the phone can run out quickly because smartphone’s battery is constantly consumed to keep running the live theme and graphic. In such a case, you should not use live wallpaper instead you should use static wallpapers if you want to use your smartphone for a long time.

So if you follow the above mentioned tips while using your smartphone, then you can definitely increase your Smartphone’s battery time & can save much of your battery.

Do Not Make These Mistakes While Charging Smartphone!